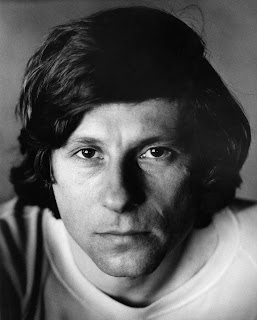 Roman Polanski is a Polish – French film director producer, writer and actor. He is one of the very few filmmakers who has directed critically acclaimed films all over the world.

He was born in Paris to Polish Jew parents and is a survivor of the Holocaust. When World War 2 broke out, he was separated from his parents in the Krakow ghetto by the Nazi invaders. As a child, Polanski witnessed the ghettoization of Krakow Jews and subsequent deportation of the Jews to the concentration camps. The six year old Polanski managed to escape the Krakow concentration camp after witnessing the execution of an old woman by a ruthless Nazi officer. A Polish Roman Catholic farmer gave him shelter by hiding him in one of his outhouses and changed his name to Roman Wilk. He was often abused by the Roman Catholics. But, he never stopped fighting for his existence and usually remained in the Catholic Churches under many different aliases, learned to recite most of the prayers by heart. But he often failed to assimilate among the Catholic groups and one day he was disbanded by the community.

He suffered for many more years, slipping through the Krakow sewers with gangs of Jewish children to steal food for their families. This went on to become even darker when he was used to hide in several non-jew families for a fee, days in starvation and while being forced to play sadistic games by Nazi Officers, where he was made a target for their shooting practice. All these events occurred before age twelve. In 1945, when the war finally ended, with over 3 million Jews executed in cold blood, Polanski was re-united with his father and then moved back to Krakow.

In the meanwhile, he was involved in visual arts and was helped along the way by Polish filmmaker Andrzej Wajda, who encouraged him to take admission in the Lodz Film School. Eventually, it became apparent that Polanski had found his medium, the short films which me made there were critically lauded. Polanski described that he was obsessed not only with the movies, but also the aura surrounding them. More than anything, he was fascinated with the actual mechanics of the process. 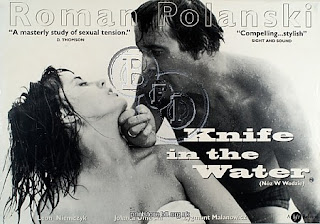 In 1962, Polanski released his first feature-length film, Knife on the Water which was the first significant Polish film that didn’t have war as its theme. This film would become what is called a “Pure Polanski” work; a moody, ruminating, smothering piece of art which explored the dark side of the human psyche and the dilapidated underbelly that confutes human contact and relationships. It was almost all shot and set on the spatially controlled environment on a boat. The movie proved to be an international success, even garnering an Academy Award nomination for the best film in a foreign language the same year.

After having an international acclaim for his works, Polanski moved to England, to start working on what is popularly known as “The Apartment Trilogy”. He collaborated with Gerard Brach and stated writing original scripts for his upcoming 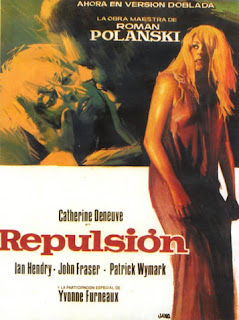 projects. He refused to be influenced by what was in vogue and was not attracted by the stylistic freedoms of the New Wave filmmakers. Instead he opted to introduce psychological thrillers with surrealistic influences on its sleeve. His name came up with great horror directors like Alfred Hitchcock and John Cocteau. His first film of the apartment trilogy was Repulsion (1965) starring Catherine Deneauve and Yvonne Furneaux. The plot centered around a young Belgian woman who comes to live in her sister’s apartment in London and eventually experiences delusional hallucinations. The audiences were dazzled by his hypnagogic storytelling capability and unconventional special effects. Polanski’s work, this time had marked the start of a new era in cinema history.

Shortly after the film’s success, Polanski directed a nihilistic tragicomedy, Cul-de-Sac, which was not as popular as his previous works. He then continued on to work on his next film, The Fearless Vampire Killers (1967). It focuses on a buffoonish professor and a clumsy assistant who travel through Transylvannia in 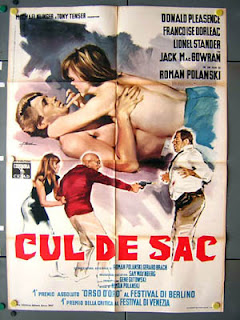 search of vampires. This was a parody of the vampire movies. This film is best known for its highly ironic and macabre ending and is considered a classic Polanski ending. It was even his first feature film to be photographed in color with the use of Panavision lens. It was declared as a success.

Polanski had then decided to move on to America on the request of Paramount Studios, to takeover the script of Rosemary’s Baby (1968), which was initially refused by Sir Alfred Hitchcock. This movie was the defined as the finest film made by Roman Polanski till 1968, thereby establishing his reputation as a major commercial filmmaker. The plot centers around a young housewife Rosemary (Mia Farrow) who thinks is impregnated by the devil. It was nominated for eleven Academy Awards that year, but managed to win only one award (Best supporting actress, Ruth Gordon). Rosemary’s Baby is the best horror film by Roman Polanski till date.

On January 20, 1968, Polanski fell in love and married actress Sharon Tate. A 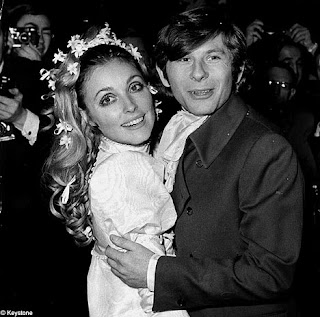 terrible tragedy was to befall on Polanski’s life when on 9 August, 1969, his wife Sharon who was eight months pregnant with their first child was brutally murdered along with four other people by members of Charles Manson’s cult ‘The Family’. Emotionally devastated, Polanski gave away all his possessions and returned to Europe, broken hearted, where he made even more serious and violent movies like Macbeth (1971) and What (1973), until he finally landed on Chinatown (1974). Polanski refused to sway away from his styles of filmmaking and used wide angle lenses, bright lights and precise framing but the film was a wolf in sheep’s clothing; it was pure noir, launching a scathing attack on the American Dream. It was one of the most important films of the era, it was nominated for eleven Academy Awards. It won the Best Original Script (Robert Towne). It is still considered as one of the greatest films ever made.

Polanski again returned to work on the “Apartment trilogy”, to continue what he had 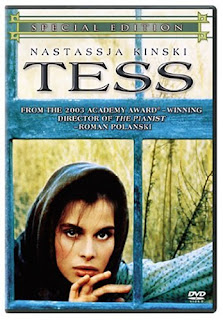 started a long way back. He came up with The Tenant (1976), which was not as acclaimed as its predecessor. Nevertheless, it became a cult hit and was a commercial success. Polanski was deeply moved by the death of his wife Sharon Tate and his grief was reflected in his movie Tess (1979). Initially, it was Tate who had suggested Polanski to read the story and thought that it might make a good film. This film not only emulate Polanski’s love for Tate, but nuances of his terrifying childhood were also witnessed. Tess was nominated for six Academy Awards, out of which it won in three categories (best art-direction, cinematography and costume design) and once again Polanski’s star remained undimmed. However, after Tess, Polanski disappeared from the film game for seven years and when he returned, made critical and commercial disasters time after time. 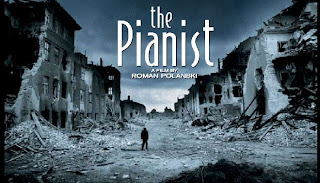 His bad filmmaking continued, until when he thought breaking his pact of not making a war movie. He came up with the idea of The Pianist (2002), a biographical war film, based on real life musician, Vladyslaw Szpilman. Szpilman’s experiences as a persecuted jew in Poland, during World War 2, were reminiscent of Polanski and his family. Polanski returned to the horrific ground and terrible memories of his childhood in Nazi occupied Poland during World War 2. It is in fact one of the greatest films made on World War 2, because of its explicit portrayal of the extermination of Jews and the ghettos. Eventually Pianist received worldwide critical acclaim and was nominated for seven Academy Awards, out of which it won in three categories; Best Actor (Adrien Brody), Best Adapted Screenplay (Ronald Harwood) and Best Director (Roman Polanski). It was the first Academy Award received by Roman Polanski, but was not able to attend the ceremony because of his extradition issues with America. After the announcement of the Best Director Award 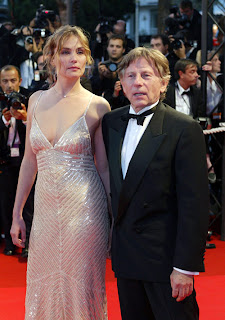 , Polanski received a standing ovation from most people present on the venue.

After getting relief from making such an epic movie, he intended to direct a 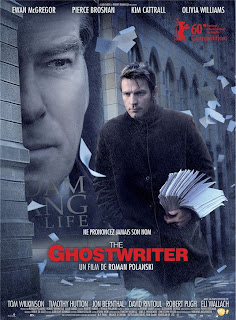 children’s movie, Oliver Twist (2005). He said in an interview that he always wanted to make a children’s movie and that the life of the young scavenger mirrored his own childhood, fending for himself in Poland during WW2. Recently, he had directed a thriller named The Ghost Writer (2010) which is based on Robert Harris’s poular novel of the same name. The audiences applauded his work in this movie and some critics have exclaimed that it is the return of Roman Polanski.

Polanski has been a controversial character in his whole life. He has been married 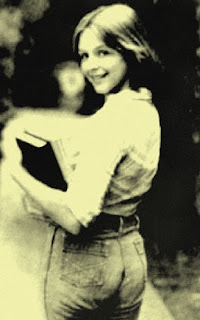 thrice and twice divorced. He is also infamous for his sexual assault case of 13 year old Samantha Geimer during a photo shoot of the French Vogue magazine on 1977. He was ordered to undergo 90 days of psychiatric treatement at Chino State Prison. After his release from prison, Judge Laurence J. Rittenband was unsatisfied with his behavior and demanded more prison time. Upon knowing the changed plans of the 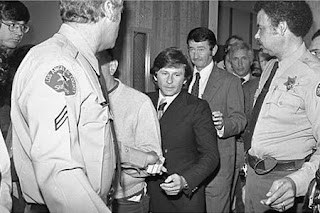 judge, Polanski fled to France who denied extradition to the American Government. Thus Polanski recides in the countries which donot extradite him to the US government.

Apart from his social issues, Roman Polanski is one of the great filmmakers that the world has ever witnessed. I love watching his films, especially his idiosyncratic storytelling capabilities and exceptional photography techniques.He is still regarded as "The Most Wanted And Desired Man in America".
Posted by Ronnie at 8:33 AM